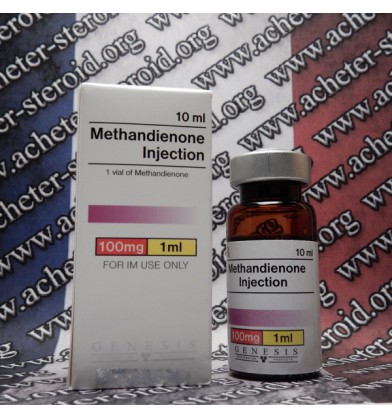 Notify me when available

Methandrostenolon (or even methandienone) is generally known as Dianabol, an old trade name Ciba for 5 mg tablets methandrostenolone (methandienone). It is thus a 17-alkylated derivative of testosterone with a double bond between the first and the second carbon. It binds weakly to the androgen receptors and therefore belongs to the so-called steroids II. type. However, it compensates for a longer half-life and a weak affinity for SHBG. Today, in the vast majority of cases produced in oral (tablet) versions; injection is rarely used because they Dianabol is still 17-alkylated.

The market was launched in 1958 and has always been one of the most popular steroids. It was the very first steroid used by American athletes and was also the only widely known steroid in the US until the 70s. In 1982, however, manufacture by Ciba stopped because it was found that athletes are the only people who had been massively abused. However, since the patent for that substance has expired, it's produced by other companies under other brand names. Dianabol is currently used in medicine for the treatment of loss of appetite and stimulating protein synthesis.

Dianabol The popularity stems from its almost immediate and very strong anabolic effect. This is by far the most popular steroid used by athletes and many are considered the best steroid ever made. Not for nothing was known as the "Breakfast of Champions". Due to the high water retention is apparently not a steroid suitable for drawing. However to obtain an excellent strength and muscle mass in a volume cycle, probably second to that effect under Anadrolem but in fewer side effects.﻿